Your name is John Rainwater. You’re an aging and penniless private investigator. You may have killed someone. You and your client are up to your necks in something terrifying. The female spy who is supposed to be keeping you alive may be insane. And tomorrow things could get really bad.

It began when the rich and beautiful Morgana Trehane burst into your low-rent office near the New Orleans docks, claiming that she has just escaped from kidnappers who grilled her about something called White Stone, which may be the realization of the ancient dream of turning base metal into gold.

Within 24 hours you and your client are in Miami, with ex-Mossad agent Roni Miller – the most violent woman you ever met – guiding you through a tangle of lies, greed, and deadly peril. What you are pursuing isn’t just the promise of endless wealth, but a device that could set off the most terrible war in human history.

You are vastly out of your depth, the body count is rising, and all you know for certain is that if this operation you’ve stumbled into fails, you, the lovely Morgana, and everyone else involved will end up in unmarked graves so that people in power can deny that it ever existed.

Idiot’s Tale is unlike any thriller you’ve read, careening between mordant humor and nihilistic darkness, on its way to an ending that will haunt you for a long time.

If you’re a fan of fast-paced, smart thrillers with a very dark edge, you should read Idiot’s Tale. Go ahead. We dare you! 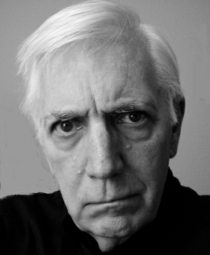 Anthony Land has made his living as a writer for over 50 years as a newspaperman, wire service reporter, television journalist, documentary writer, advertising man, medical writer, marketer, public relations advisor, and ghostwriter. He began writing fiction in 2012 and has published three dark thrillers, IDIOT’S TALE and the two-volume series NIKA and THE BANSHEES. He has reduced his autobiography to a single sentence: “I’m a non-believing summa cum laude graduate in philosophy from a Jesuit university who, in the course of a somewhat adventurous life, has seen more of the dark side of humankind than I might have wished, and contributed more to its absurdity than I intended.” He and his late wife, Sharon, spent most of their adult lives in New Orleans, until exiled to Alabama by Hurricane Katrina.