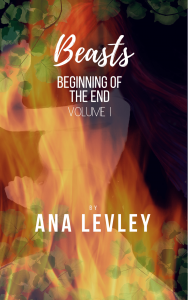 Atlia did not know that she would one day be sent to the farm – she never believed she could do anything remotely possible to be sent…until…she was framed for her father’s murder. She saw through her telegraphic (a biotechnical device) that it was her who killed him, yet she does not remember it. At the farm she discovers a dark secret her society and family have been hiding for over one thousand years. Atlia chooses to fight against the system, save the love of her life, and begin the resistance against the World Collective, bringing their secret to light. Will the World Collective win in silencing her or will she rise above them all?

Buy Beasts: The Beginning of the End on Amazon 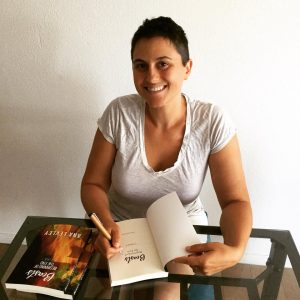 Ana has always been a storyteller. Writing came naturally as she had to be creative living through a tough childhood where her stories were her only comfort. She captivated the children she looked after as a nanny with her stories, they always hung on every word and were her initial inspiration to bring her stories to everyone. At age 29 she has written her first novel “Beasts” that will be published on Amazon on August 20th. She is so excited to introduce different worlds, animals, perspectives, and characters into people’s lives. She hopes it challenges people to be the heroes of their own lives, as well as others.