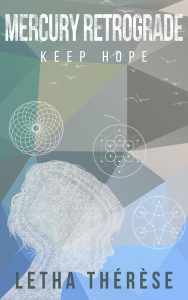 The life of solo-flying hacker chick, Mercury Retrograde McLaughlin, has just been turned on its head. In the wake of her Nan’s passing, she finds herself tasked with a mission against notorious Crim Hack, Heck Tzibovsky, who refuses to play by the usual rules. Add to the mix an extra dose of magic, a well-loved phenom, and a mysterious man seemingly bent on making her crazy, and it’s clear that she’s in for a wild ride. Luckily for Mercury, she has good friends, a bigger heart than she’d like to admit, and the grit born of overcoming a rough beginning on her side. 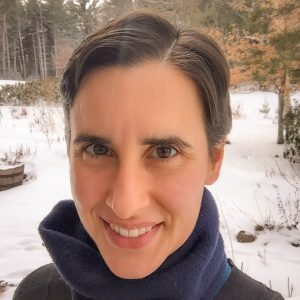 A Vermonter by way of Philadelphia, Letha Thérèse is the author of “Mercury Retrograde: Keep Hope,” and is currently working on book two of the trilogy, which will eventually include both “PranaLab” and “Dharma Bar.”

After spending much of her life lost in books and another good chunk writing stories, essays, and poetry, most of which are tucked away, never to be seen again, Letha decided to try her hand at writing a novel *and* actually letting other people read it.

As it turns out, the whole novel writing thing fills her cup and puts a good dose of happy in her heart (even when she’s arguing with her characters), so Mercury will be returning, and you can safely expect plenty of other stories to follow, if the number of ideas that are percolating is any indication.