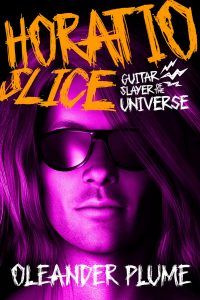 Gunner Wilkes is sure of one thing: his rock idol, Horatio Slice, didn’t explode in a pyrotechnics mishap like the press is claiming – he was sucked through a portal into another dimension.

After building a machine he hopes will bring the rock god back to Earth, Gunner falls into an adventure beyond his wildest dreams. 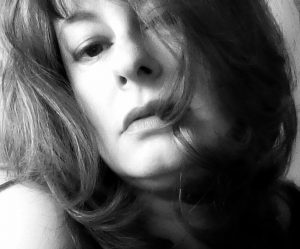 Oleander Plume lives in Chicago, Illinois, with her husband, two daughters and a pair of obnoxious cats. While she writes in many genres, her favorite is m/m. Or m/m/m. Or m/m/m/m, or … who’s counting, anyway?

For more information, please visit her at poisonpendirtymind.com.