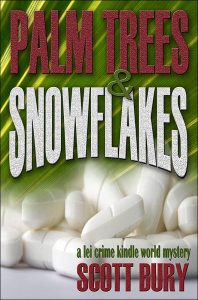 Snowflake has a whole new meaning in Hawaii. The new designer drug being trafficked through Oahu gives users the perfect high—and slowly kills them.

In Honolulu, where the palm trees are strung with lights for the holidays, FBI Special Agents Vanessa Storm and Ken Yamada have their hands full trying to stop this deadly flow. Faulty intel brings the agents into a deadly firefight, which yields even more puzzles.

How do the drug lords change their smuggling routes and methods with every single shipment? Vanessa’s handsome, charming, and untrustworthy ex-boyfriend might have the answer. 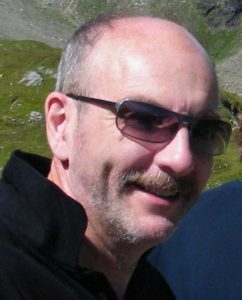 After a 20-year career in journalism, he turned to writing fiction. First came a children’s story, “Sam, the Strawb Part,” followed by a paranormal short story for grown-ups, “Dark Clouds.”

The Eastern Front trilogy tells the true story of Maurice Bury, a Canadian drafted into the USSR’s Red Army to face the German invasion of the Soviet Union. Army of Worn Soles, the first volume, was published in 2014, followed by Under the Nazi Heel in 2016 and Walking Out of War in 2017.

Scott Bury has been invited to contribute to three Kindle Worlds. For the Jet Kindle World, based on a character created by bestseller Russell Blake, he published Jet: Stealth.

Finally, he has written two books for Emily Kimelman’s Sydney Rye Kindle World: The Wife Line and The Three-Way.

He lives in Ottawa with his two mighty sons, two pesky cats and a very understanding wife.