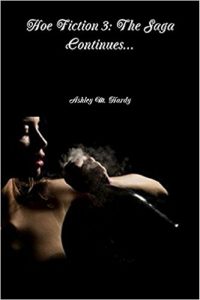 What happens to the investments made in a relationship? Broken-hearted and unpredictable people are a danger to themselves, leaving casualties in their wake. After every storm, there is no clear path to progression, just a chance to give a second one. Desi receives a visit from a childhood friend, reminding her of the good times. Reese is occupied with the family restaurant, facing some tough life decisions. Rich grows tired of Lena’s antics. Will he fight for the baby? Harriet’s senses are awakened. Candace is betrayed, again. Another weekend in the town leaves more questions and misunderstandings unresolved.

Get Hoe Fiction II: The Sauce on Amazon, Lulu, and Instafreebie

Base. Graduated from the Buffalo Academy for the Visual and Performing Arts High School, majoring in music. Received honorable mentions in the New York/Beach Book Festival and the Hollywood/Pacific Book Festival from JM Northern Media for Scandalous Hoe Fiction. Received a 5-star review from Reader’s Favorite. Studied Creative Writing/Literature at a private college in Buffalo, New York. Loves comedy and fiction.