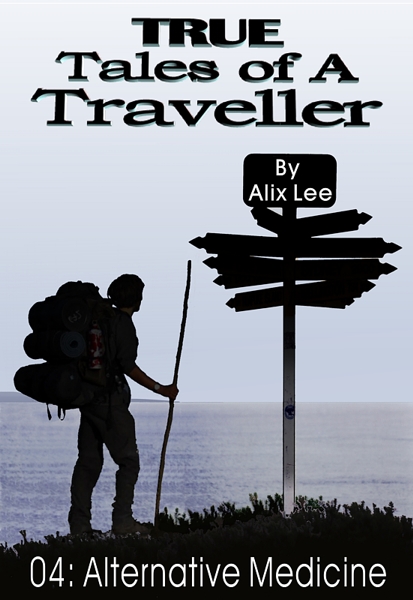 True Tales of a Traveller is a series of stories consisting of several dozen traveller’s tales covering over three decades. Although presented in a short story format for reading convenience, these stories are not fiction. Apart from some of the characters’ names which have been changed to protect their identities, everything in these stories is true.

The fourth story in the series (this story), Alternative Medicine, is set mostly in Greece and Egypt in 1983. At around 13,000 words, this story is a lengthy short story which may need more than one sitting. Like the other stories in the series, it provides not only an entertaining read, but also information on all the places visited, some relevant only to the era in which the story is set, but most still relevant today. In addition to being a travel story, Alternative Medicine is also a story about career hopes, delusions, expectations, and opportunities.

I am (Taiwan) citizen, born and bred in the UK. I began in 1981 and soon found I didn’t want to go home. I used to write a lot as in my late teens (pre-Internet, so nothing available in digital form) and am now ‘making a comeback’! In the intervening years (decades rather), my artistic pursuits have been more oriented towards visual arts, as can be seen on my personal website, alixlee.com.

Where to Buy True Tales of a Traveller

Get True Tales of a Traveller on Amazon