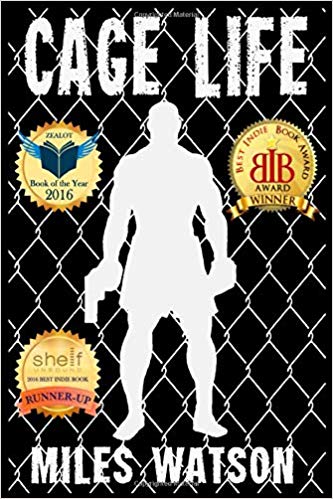 It’s the punch you don’t see coming that drops you. Any fighter can tell you that. And Mickey Watts isn’t just any fighter; he’s one of the best in mixed martial arts, a top contender who seems to have it all: looks, brains and rich girlfriend who’s crazy about him. The fact his family is mobbed-up to its Irish-Italian eyebrows has never been a problem…until Mick throws one punch too many and finds that some debts can only be paid in blood.

Miles Watson was born in Evanston, Illinois. The son of a prominent Chicago journalist, he took an early interest in writing and published his first short story at 17. He holds undergraduate degrees in Criminal Justice and History and served as an enforcement officer for nearly ten years before moving to Los Angeles, where he achieved a lifelong ambition of working in film and television. A martial artist since his teens, he holds a black belt in Taekwondo and has studied boxing, Judo, Aikido and Hapkido. In 2012 he graduated from Seton Hill University with an Master of Fine Arts in Writing Popular Fiction, and was the recipient of that program’s first-ever Endowed Scholarship. Cage Life is his first novel.

Where to Buy Cage Life

Get your copy of Cage Life from Amazon here!