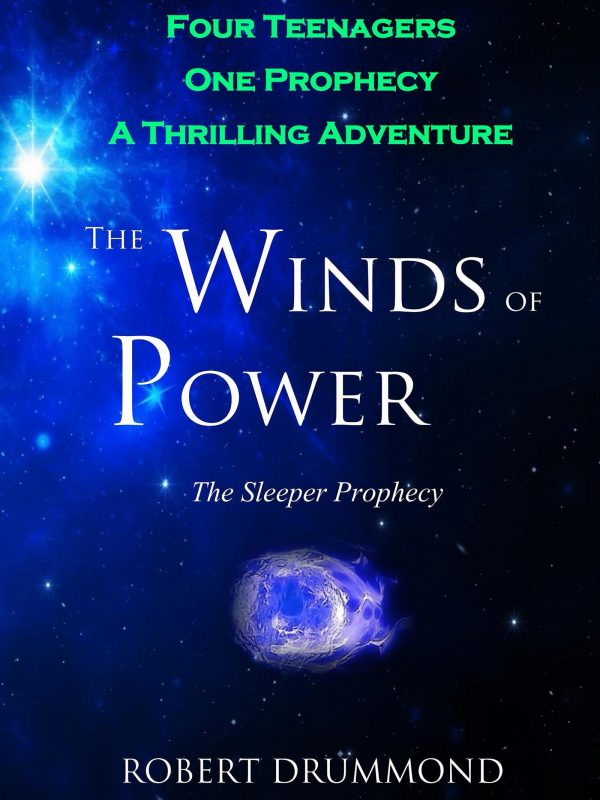 Four teenagers…one prophecy….magical powers and a thrilling space adventure.
The Winds of Power follows the adventures of four fifteen-year-olds as they travel through space towards the last remaining blue-violet star to test and develop their powers.
The death of a blue-violet star fifteen years ago saw solar winds carry charged particles to the ends of the galaxy, reaching the outer planet of Earth, and interacting with the genes of four newborn babies, and heightening the powers within them. It is later prophesized that a sleeper from an outer planet will help overthrow a great evil that threatens to destroy the seven planets that form the Galactic Alliance. The alliance, now under the shadow of a great evil, takes the teenagers out into space to determine who the sleeper is.

Robert Drummond has never truly grown up. As a lover of young adult fantasy fiction stories packed with adventure, he was inspired to write by the Harry Potter series (team Gryffindor!). The Winds of Power – the Sleeper Prophecy, delivers a page turning novel that was a semi-finalist in the 2017 Kindle book awards. It follows the adventures of four teenagers as they develop their powers and friendships in an alien world filled with all manner of dangers and strange beings.